When FOUR PAWS began its work in Ukraine in 2012, the abuse of bears in dog fights was still legal. Although the cruel practice of bear-baiting was legally banned in 2015 thanks to campaigning by FOUR PAWS and local animal rights activists, an estimated 15 to 18 bears today still live on hunting stations and are exposed to the danger of being used as fighting bears to train hounds. In addition, around 80 bears are kept in other private captivities and suffer in small cages beside restaurants, hotels, and substandard private zoos.

In the framework of the #saddestbears initiative, FOUR PAWS advocates for a general ban on private bear keeping in Ukraine. Our demand includes the ban of keeping bears on hunting stations and privately with trainers as well as other forms of private bear keepings nearby restaurants, hotels or in substandard zoos.

The requirements for the keeping of wild animals have been improved by the Ministry of Environmental Protection (MENR) and came into force in December 2020. From now on bears as well as big cats must be provided with a minimal space requirement of 200 m² (before it was just 30 m²). Although these conditions remain inadequate, they give FOUR PAWS more room to rescue further bears in need. 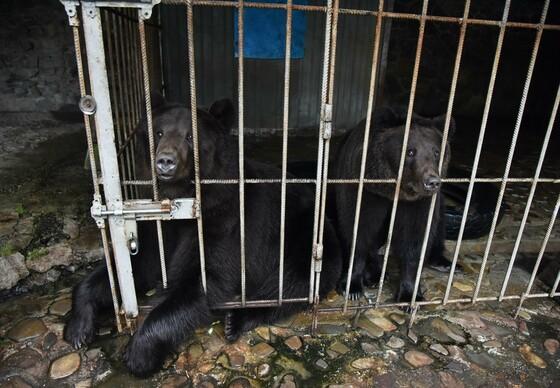 For Frol and Frosia, life meant sitting beyond the rusty bars of a dark cage in the Lviv Region. The two brown bears were born here, at a hotel and restaurant in 2018, intended as an attraction for customers. As the hotel/restaurant finally closed its doors for good, we were given the green light, and beautiful
Frol & Frosia were able to be rescued. It was the start
of a new life at our BEAR SANCTUARY Domazhyr! 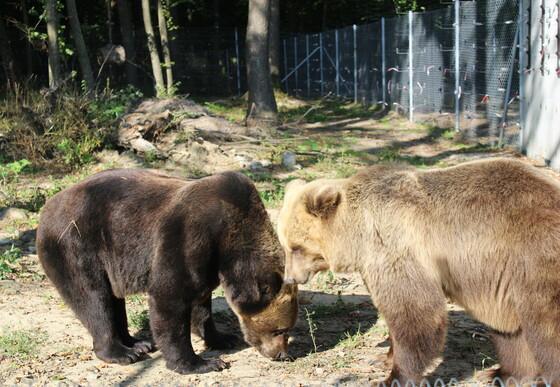 FOUR PAWS has been fighting for a long time to rescue Leo and Melanka. Finally, we could transfer them to BEAR SANCTUARY Domazhyr. Read the whole story here! 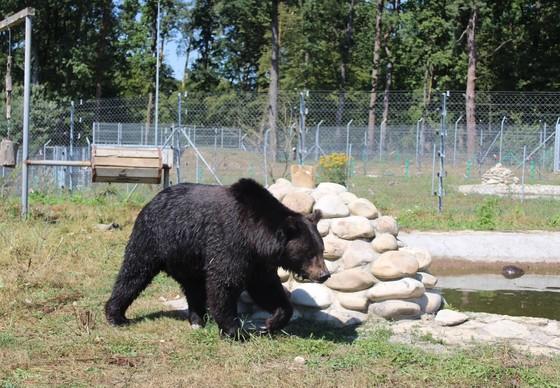 Rescue Anya and Frankie: Read the story of two bears, ages 5 and 6, who could start a new life at BEAR SANCTUARY Domazhyr. 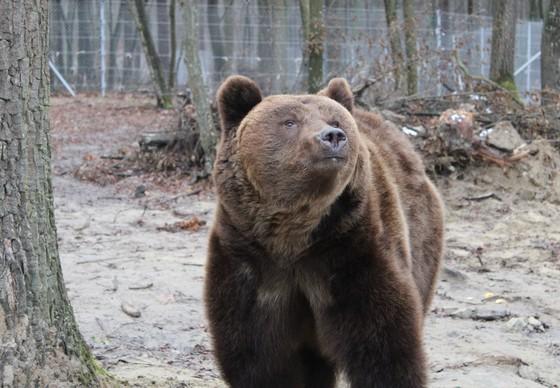 12-year-old male bear Misha was one of Ukraine’s #saddestbears. He was kept on a hunting station where he was most likely abused for bear-baiting. Now he can live a happy life in our BEAR SANCTUARY Domazhyr. 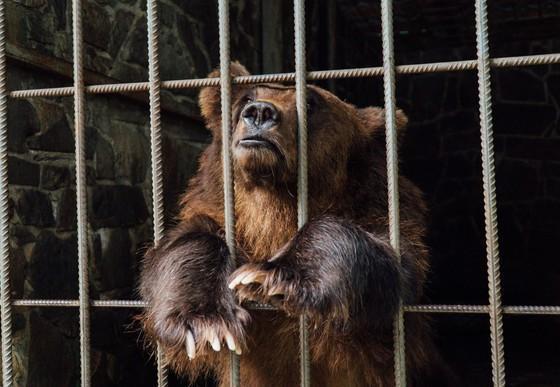 FOUR PAWS has successfully rescued two female brown bears on October 29th in Ukraine and transferred them to BEAR SANCTUARY Domazhyr near Lviv. Dasha and Lelya were previously kept as a tourist attraction at a hotel and restaurant in Skole. 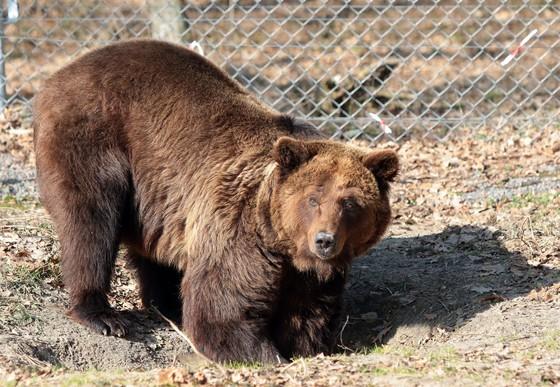 Former fighting bear Laska is successfully transferred to BEAR SANCTUARY Domazhyr on February 28th. For years Laska lived in intolerable conditions in the run-down Pokrovsk Zoo close to the city of Donetsk. We were able to verify she was previously kept as a fighting bear and abused for the training of hunting dogs.

FOUR PAWS transfers the management of BEAR RESCUE CENTRE Nadiya to the local NGO "Save Wild Fund." All bears rescued by FOUR PAWS were transferred to BEAR SANCTUARY Domazhyr in 2017 and 2018. 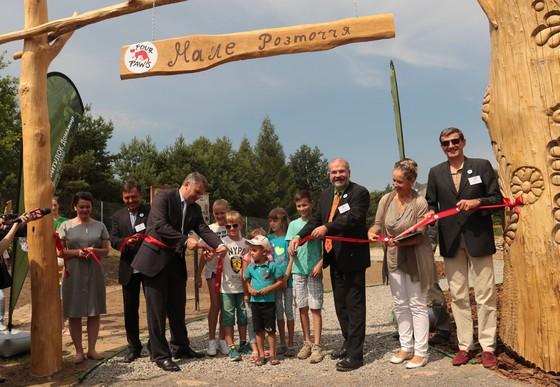 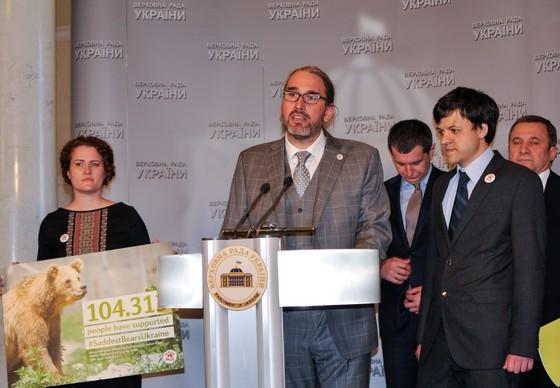 FOUR PAWS demands the prohibition of bears on hunting stations and submits 104,313 signatures to the Ukrainian government.

Tyson is the first fighting bear to move into BEAR SANCTUARY Domazhyr. 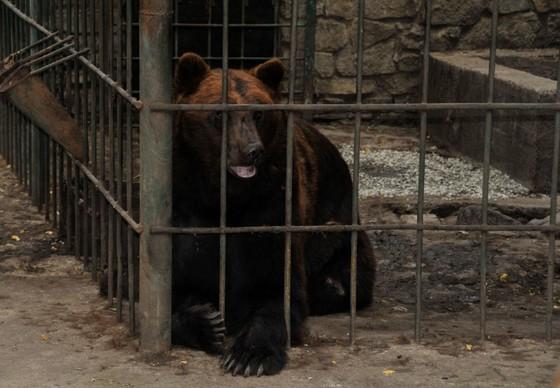 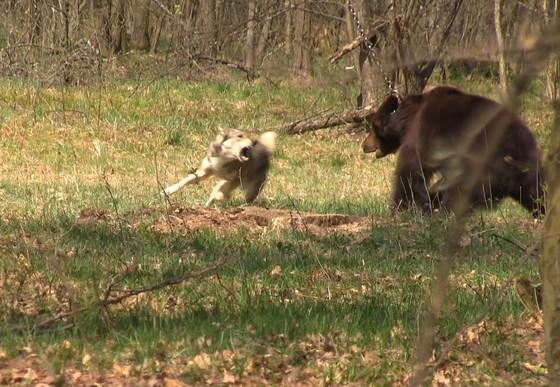 Together with other local NGOs, FOUR PAWS succeeds in obtaining a nationwide ban on the use of bears to fight dogs. However, keeping bears on hunting stations remains legal.

FOUR PAWS signs a cooperation agreement with the Lviv regional administration with the goal of constructing a bigger bear sanctuary in Western Ukraine. BEAR RESCUE CENTRE Nadiya no longer has capacity to admit new bears. 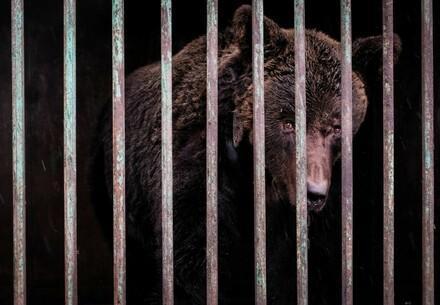 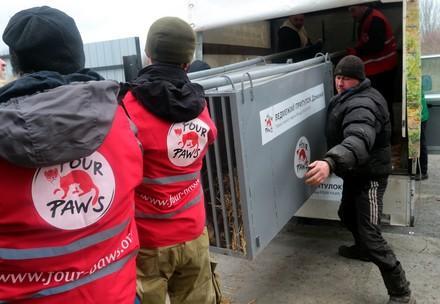 Our Plans for Ukraine